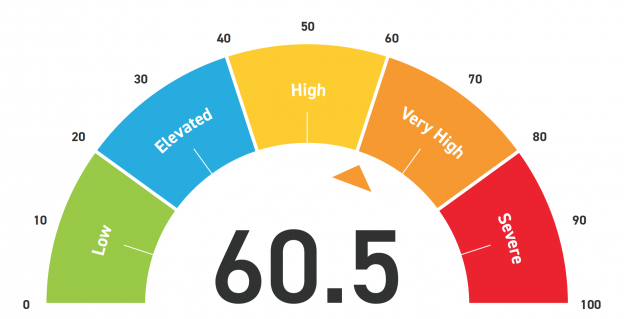 This is the first time the Cyberthreat Index crossed the 60-point mark since its inception. 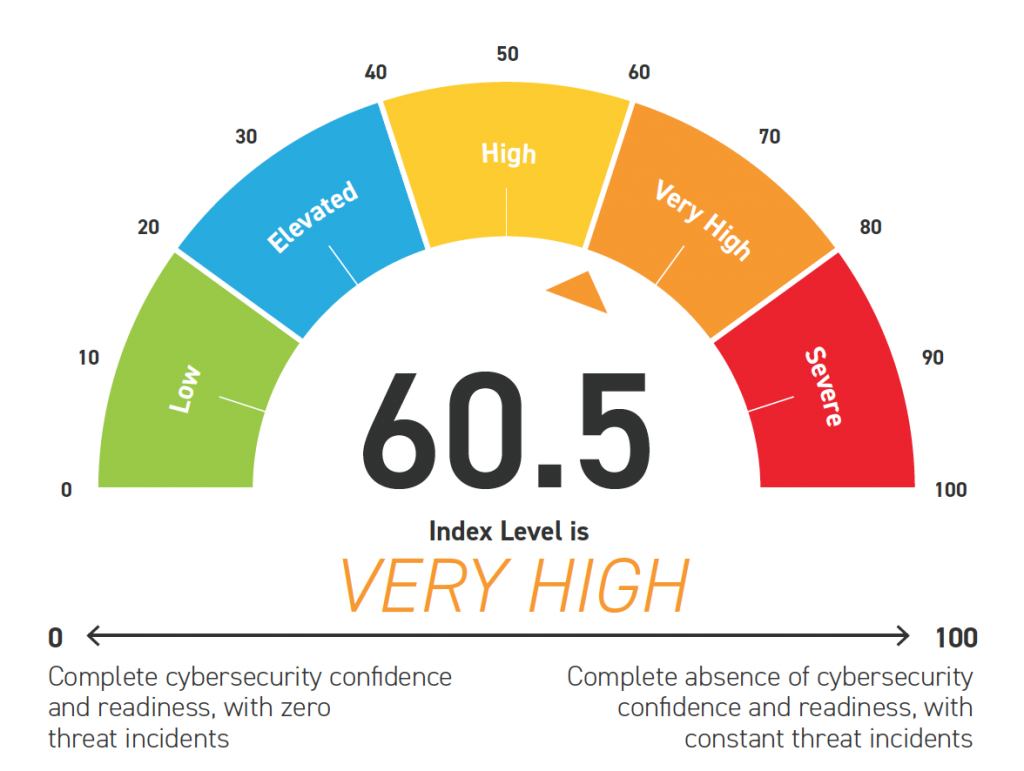 This is a quarterly survey run by one of our Partners, AppRiver in the USA. This USA national sample of respondents comprises 1,083 C-level executives and IT professionals in small-to-medium-sized businesses and organizations (SMBs) using survey data collected online in August 2019.

79% of all SMB executives and IT decision makers surveyed in the third quarter report potential cyberthreats are a top-of-mind concern, which represents a 2-point jump from the second quarter. That figure increases to 88% among larger SMBs with 150-250 employees.

Actual attacks are believed to be prevalent

MOST SMBS EXPERIENCED PHISHING IN THE PAST QUARTER

Over 7 in 10 SMBs experienced phishing

Over half do not trust employees could detect social engineering

MOST SMBS FEEL IN BETTER SHAPE NOW THAN IN 2018

Despite recording a higher AppRiver Cyberthreat Index score for the third quarter in 2019, most small-to-medium-sized businesses that participated in this survey believe they are in better shape now than in 2018 when it comes to their cyber preparedness. However, for at least some of these businesses, this could prove to be a case of wishful thinking, as a sizeable number of respondents also admit they did not make improvement in their cyber preparedness in the past year, negating sound rationale for feeling “in better shape.”

Nearly 6 in 10 made preparedness upgrades, and feel more prepared

1 in 10 also made preparedness upgrades, but still feel behind

Nearly 3 in 10 feel to be in better shape, despite lack of preparedness improvement

Misconception about small business as a threat target

MOST SMBS ARE NOT QUICK TO APPLY PATCHES 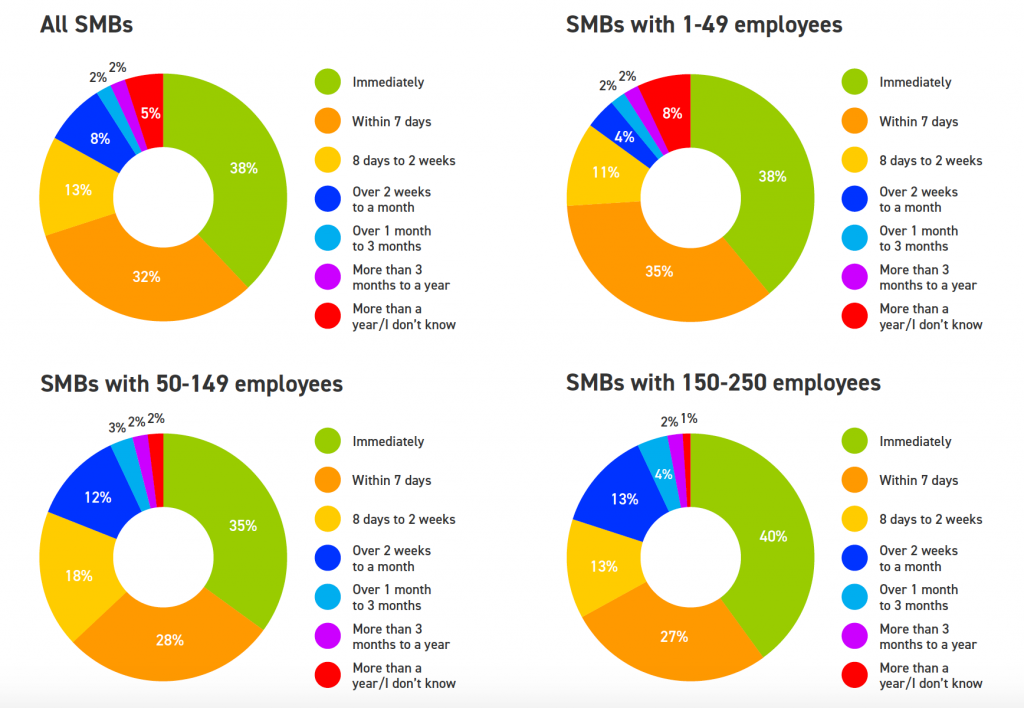 Is your business prepared for a cyber attack?  Give us a call for a FREE Cyber Security and IT Health Check